If you are considering Dewalt DWS709 vs DWS780, here is the right place for you. The choice between two models is straightforward, DWS709 for budget VS DWS780 for versatility.

But what precisely are their samenesses and differences? Dewalt DWS709 and DWS780 are two of the best-selling 12-inch miter saws in the market.

In this part, we will see closer that the specification and features to point out the sameness and differences between them.

DWS709 and DWS780 share some of the features such as the engine, blade, etc. Below is a detailed comparison of these features.

When evaluating a miter saw, people might pay the first attention to the performance.

That is why we consider the engine equipped in both DWS709 and DWS780 at the very beginning of our comparison. 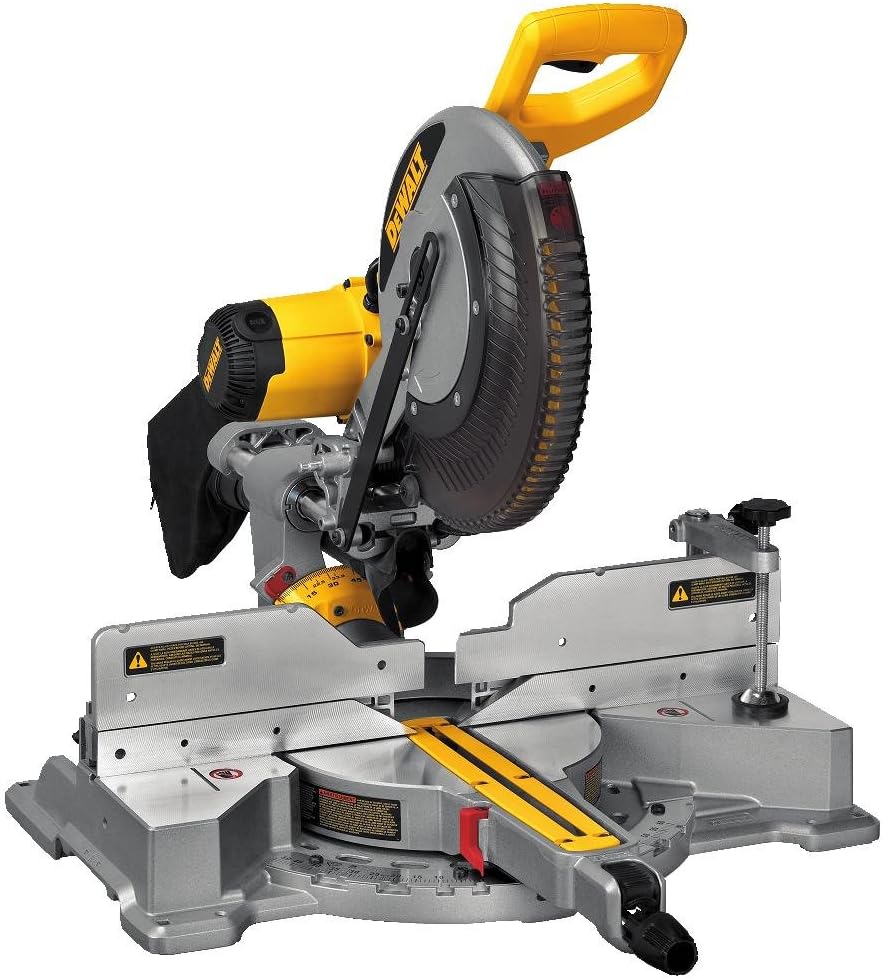 Both have a DEWALT 15-amp motor, which deliveries a considerable power for two machines.

When connected with a power source, this engine can rotate the blade at a no-load speed of 3800 RPM.

This speed is among the top cutting speeds of miter saws on the market that allows you to cut through different material like a warm knife through butter.

For long, DEWALT’s motors have been famous for the strong impulse that will produce nice and clean cuts in just a single slide.

They also eliminate the problems of cutting several times through a thick and robust material. Hence, it will reduce the cutting time as well as avoid impreciseness.

The only commonality between the cutting system of both machines lies in the blade size and material. However, the number of teeth in each blade is not the same (we will discuss this later).

The advantage that we appreciate in both models is the 12-inch carbide blade size. It is a popular blade size that you can easily find a replacement blade at any tool shop. 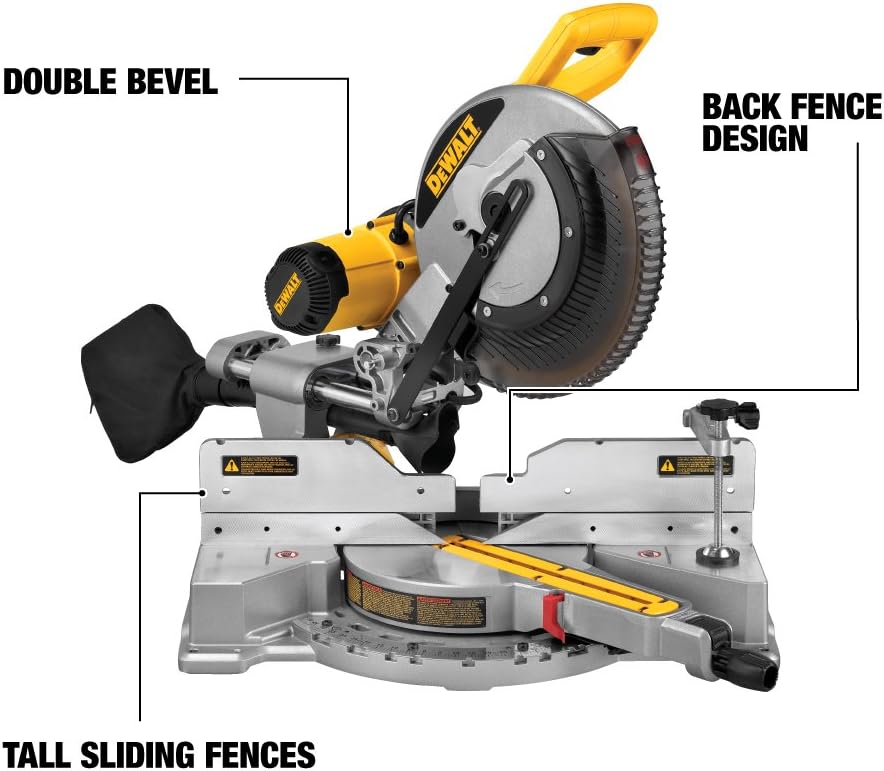 Both models also come with a blade wrench that makes replacing the blade a breeze. As you might know, carbide blades are steel blades with carbide teeth.

The robust teeth allows the blade to cut through most material from wood, plywood, composite to metals such as bronze, brass, etc.

Moreover, carbide blades require no maintenance and can stay sharp for a relatively long time.

DWS709 and DWS780 are the latest sliding compound miter saw from DEWALT. Thus, they are equipped with a modern collector system to capture dust during cutting.

DEWALT also offers the best convenience for users with a thoughtful dust bag for job-site work.

However, many buyers complained about the poor performance of both the dust collector and the dust bag.

From our point of view, the dust collector might be deficient without being combined with a vacuum system.

We recommend you to give this combination a try because a vacuum system is generously available in most workspaces.

Now we will break down some differences in both models and show you the gap between the price and versatility in DWS709 and DWS780. 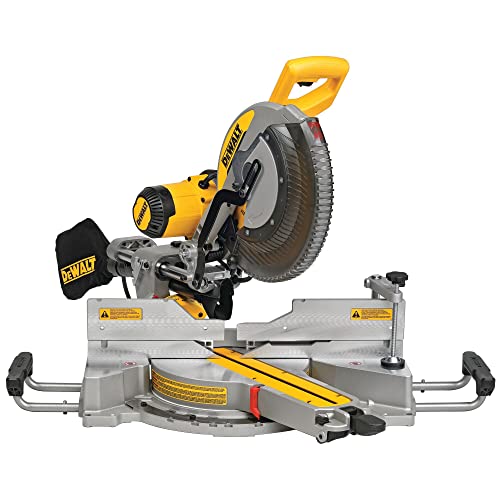 The first difference between DWS709 and DWS780 is the maximum cutting thickness.

With the DWS780, you can cut through the material with a maximum depth of 6.75 inches vertically and 13.75 inches horizontally, which is far more than the maximum cutting capacity of 4.5 inches and 9.5 inches in the DWS709.

Although both DWS709 and DWS780 feature an exclusive back fence design, the cutting capacity differs in two models.

Its tall sliding fences also enable the crown and base to mold up 7½ inches and 6¾ inches.

The next difference between the two models is the cutting system. As I have mentioned above, the number of teeth in the two blades are different.

In case you don’t know, the rule of thumb is the more teeth a miter saw has, the smoother cut and fewer teeth provides you with faster cuts. 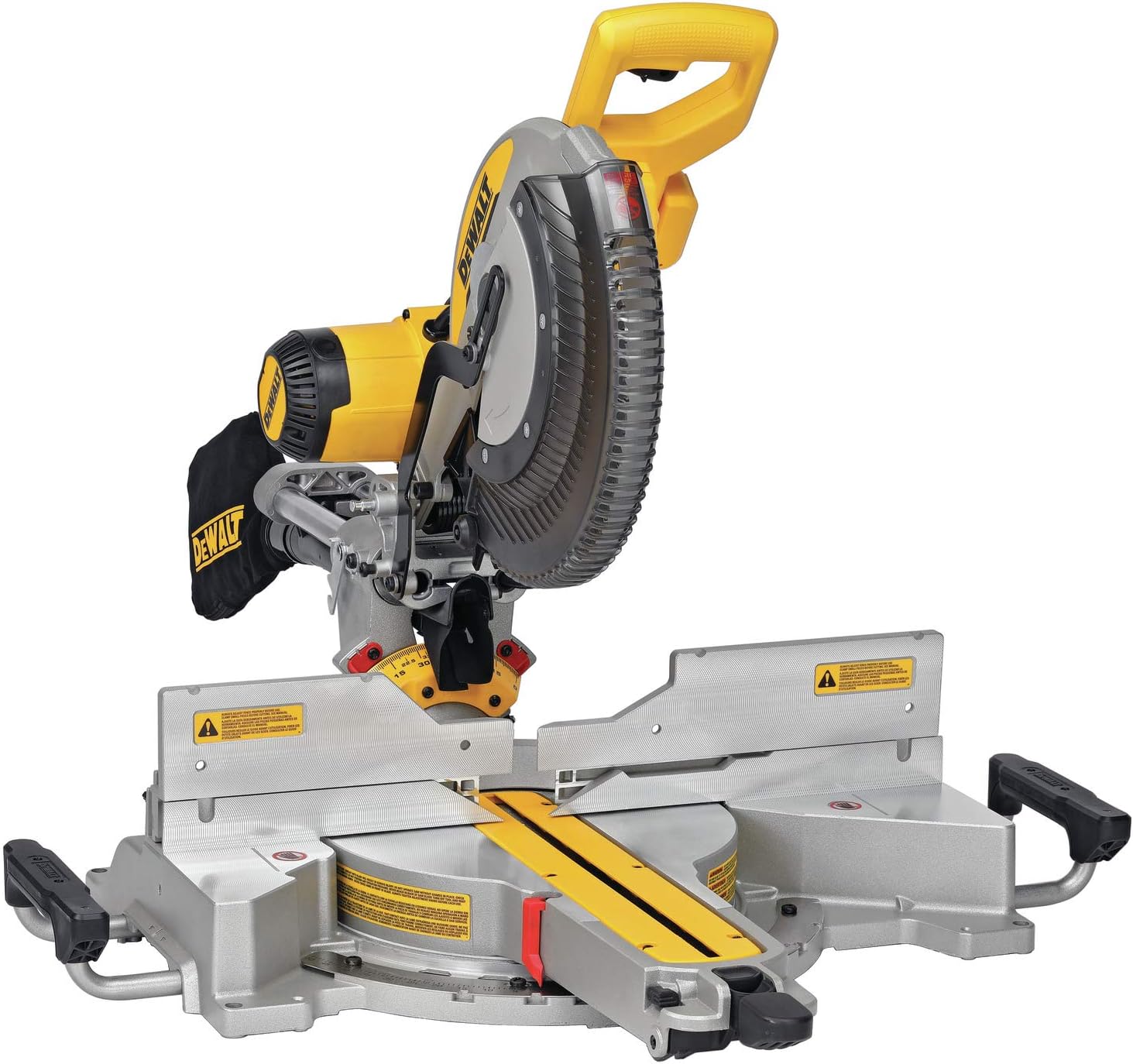 So, the DWS709 can minimize the cutting time, while the cut quality is much more improved with the DWS780.

Another significant difference is the XPS cutting system featured in the DWS780.

It is a LED light system that will shine on both sides of the blade and creates a shadow on the material surface to indicate precisely where the blade will come in contact with the material.

This system is superior to the traditional laser system in the DWS709, which is strongly affected by the lighting environment.

The XPS system performs excellently under both outdoor light and artificial light inside the working space.

It will reduce the adjustment, provide extra precision, and improve productivity.

When it comes to versatility, the DWS709 shows its weakness with a larger design.

Many folks might pay less attention to the dimension, especially when they own a large workspace.

However, if your working environment is quite cramped with every square inch of real estate, you might need to consider the dimension of these two models.

The most significant difference between DWS709 and DWS780 is the price. As people consider their budget and their demand, the price of two models affects their choice a lot. 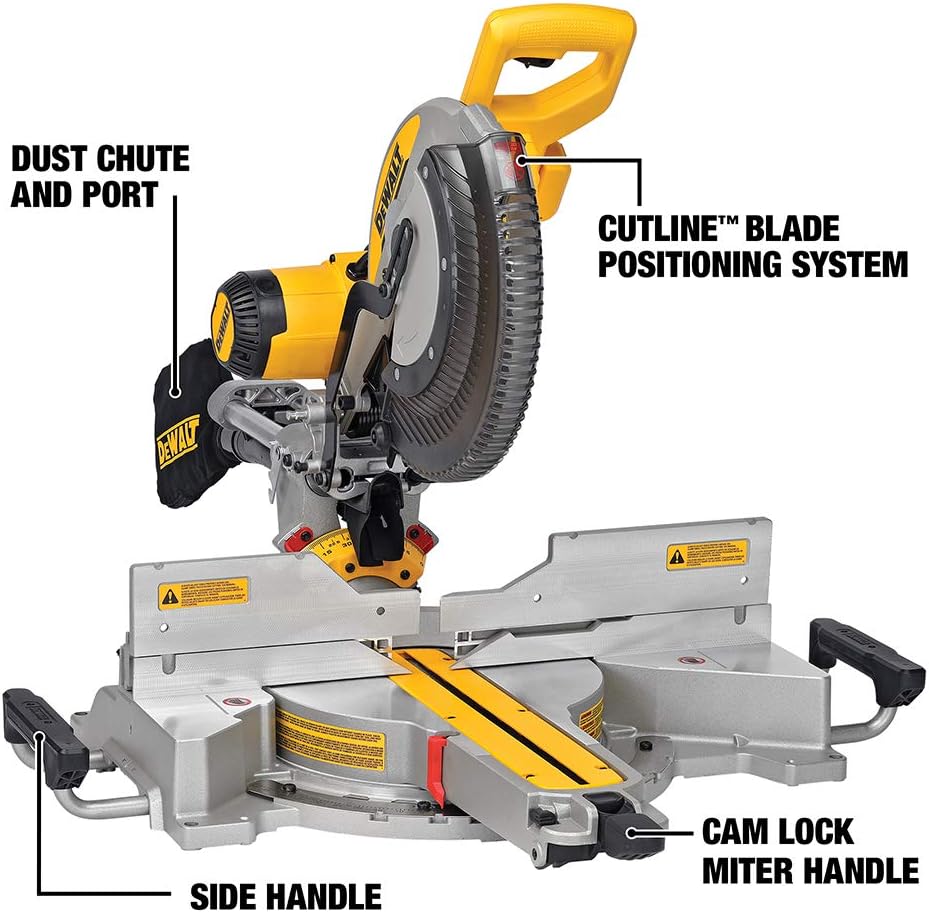 You should stick to your primary purpose to decide which is the suitable option for you. If you want a basic saw to tackle home-use tasks, the DWS709 might save you a couple hundred dollars.

However, if you want to go professional and save time on cutting, the DWS780 with the XPS cutting system is a wise choice.

From our evaluation, the winner of the Dewalt DWS709 vs DWS780 showdown is the DWS780. As two models use the same motor, the difference lies in the cutting system. Not only do we prefer the 60-tooth blade for smoother cuts and sharp edges, but we also praise the XPS cutting system.

This system works excellently to provide poor-skill carpenters with the confidence to cut precisely without adjusting several times.

It also lowers the cutting impreciseness and significantly improves productivity.

Moreover, while the laser system requires a darker environment to perform, the XPS guide system works without any special requirements of brightness.

Thus, you will never come short of precision and handiness with the DWS780 miter saw.

As we have emphasized above, your option depends on your demand and your budget.

We hope this DWS780 VS DWS709 comparison can help you have an objective view of both models to make a suitable choice.

It’s our pleasure to help you in shopping for a miter saw. Thank you and see you again.